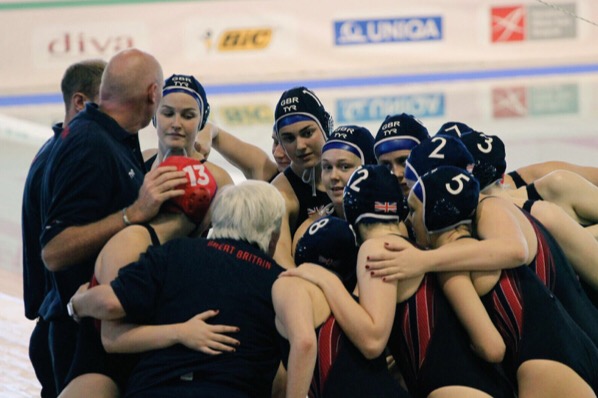 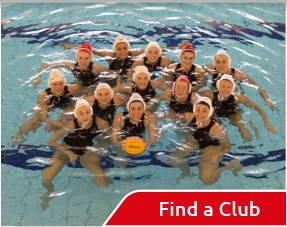 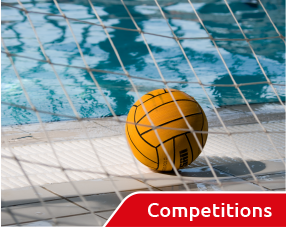 Great Britain 2000s started their European Championships campaign with an outstanding performance against one of the tournament favourites, Greece, on Sunday afternoon here in Serbia.

A disciplined display and slick passing saw GB push the Greeks throughout as they clearly rattled their powerful opponents, who were forced to work incredibly hard for their 13-11 (2-2, 4-3, 4-3, 3-3) victory.

Viewers back home were gripped to the live stream as Nick Hume’s GB delivered a defensive masterclass and matched the Greeks with their speed, skill, spirit and determination.

Greece twice took the lead in the opening quarter, but GB responded quickly through Stephanie Whittaker and captain Annie Clapperton just before the first break.

Clapperton was on target again in the second and shortly afterwards completed her hat-trick, while Cecily Turner had the large GB crowd on their feet after her delicate lob floated into the far corner of the net to make it 6-5 at the turnaround.

Robyn Greenslade, Turner and Milly Wordley fired home in the third as GB refused to lie down and Greece were fortunate to be awarded three penalties that helped put them 10-8 ahead going into the final quarter.

Turner scored her third of the match to make it 10-9 with 6.09 left to play and the Greek coaches and players were clearly concerned a major upset was on the cards.

Greece were forced to regroup and they had to use all their experience to edge 12-9 in front with 3.42 remaining, and despite goals from Katy Cutler and Emmie-Rose Eastwood setting up a frantic finale, it just wasn’t enough for GB.

Overall, it was a magnificent performace from GB and this will give every player great confidence going into tomorrow’s crunch game against Romania, 12.30pm start (UK time).

The deserved Group D win carried on from yesterday’s excellent performance against Greece and the target of a top-eight finish remains firmly in sight.

Cecily Turner and Milly Wordley both capped fine individual displays by firing in one in each quarter, while captain Annie Clapperton and Katy Cutler both scored two.

Emmie-Rose Eastwood and Emily Pyper were also on target as GB proved too strong for the Romanians.

In defence, GB improved vastly as the match progressed and the players and coaches will now be keeping an eye on Group B to see who we will face in the crossover, with Slovakia looking likely opponents at present.

Great Britain’s junior women finished the preliminary stage of the European Championships with a spirited 20-8 (4-1, 3-3, 5-2, 8-2) defeat to medal-favourites the Netherlands on Tuesday.

The result means GB placed third in Group D and now face Group B runners-up Slovakia in the crossover on Wednesday, 4.15pm start (UK time), with a place in the quarter-finals at stake.

Katy Cutler led the scoring against the Netherlands with a finely-taken hat-trick, while captain Annie Clapperton (2), Mollie Boniface-Ashton and Stephanie Whittaker (2) were also on target.

After three confidence-boosting displays in the group phase, Nick Hume’s talented youngsters are now ready to raise their game yet again on Wednesday as they go in search of that all-important top-eight finish.

Great Britain’s junior women beat Slovakia 8-7 (2-1, 1-1, 4-2, 1-3) on Wednesday to reach the quarter-finals of the European Championships and secure a top-eight finish.

The monumental result completed a ‘Wonderful Wednesday’ for British water polo, with celebrations taking place around the world after the senior men’s success in Taipei this morning.

Against Slovakia, captain Annie Clapperton led from the front by firing in a first-half hat-trick to put GB 3-2 ahead at the turnaround.

A strong and disciplined performance in the third saw GB take control of the match, with Stephanie Whittaker (2), Milly Wordley and Emily Pyper all on target.

In the fourth, Pyper hit her second to make it 8-4 before three unanswered Slovak goals set up a tense and nervy final minute.

Coach Nick Hume used a Slovakia time-out to refocus his players and GB’s defence held firm as the last shot was blocked with the ball falling kindly in front of goalkeeper Sophie Jackson.

With nothing left on the clock, the wild celebrations began and GB can now look forward to tomorrow’s quarter-final clash against Hungary, 3.30pm start (UK time).

The powerful Hungarians were always going to be tough opponents, but GB’s talented youngsters produced yet another strong performance and closed the match out in style by winning the final quarter 4-1.

To have shared the quarter-final stage with the likes of Hungary, Spain, Italy and Greece is a magnificent achievement and proves just how bright the future is for British water polo.

Big thank you to Richard Clapperton for his outstanding photos which we have posted here, to Jenny Jackson for her live comms from Novi Sad, and of course to Joan Dundee for her live streaming on twitter @joan_dundee. Much appreciated and thank you!

Great Britain’s junior women are celebrating in Serbia today after sensationally beating the hosts 4-2 in a dramatic penalty shootout.

The incredible 10-8 (1-0, 3-2, 1-2, 1-2, 4-2P) victory guarantees Great Britain a top-six finish at the European Championships and automatic qualification for next year’s FINA World Championships.

Nick Hume’s talented players delivered another outstanding performance as Serbia struggled to cope with GB’s speed and strength in the opening exchanges.

Goals from captain Annie Clapperton (2), Katy Cutler and Stephanie Whittaker saw GB storm into an early 4-0 lead, before Serbia fought back to cut the deficit to two at the turnaround.

Serbia edged the third 2-1, but the goal of the quarter belonged to Emily Pyper, whose neat push-shot lob just evaded the keeper’s grasp to keep GB 5-4 ahead.

With 5.30 remaining in the fourth, the large partisan home crowd were on their feet, screaming with delight as Serbia took the lead for the first time to make it 6-5.

But those cheers were soon silenced when, with 1.25 left to play, Cutler unleashed an unstoppable missile from deep that flew into the top corner to force the tense shootout.

Next in line was Cutler, who swam up to take the crucial penalty and superbly slammed it past the keeper’s left hand to spark the wild celebrations.

As well as finishing above Russia, whose senior team won the bronze medal at the Rio 2016 Olympics, this talented GB squad has proved it can compete at the very highest level.

After yesterday’s heroics against the hosts Serbia, today’s 5th/6th place final against giants Italy was always going to be tough.

Overall, Nick Hume’s GB performed sensationally throughout the seven matches at this tournament and surpassed all expectations by becoming the first GB squad to ever finish in the top six.

A huge congratulations to all the players and coaches for their magnificent achievement, plus a massive thanks to the loud, travelling support that made Novi Sad feel like a home from home. 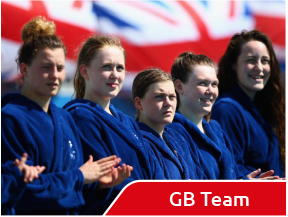 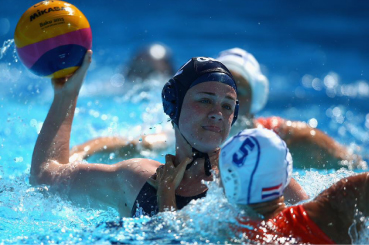