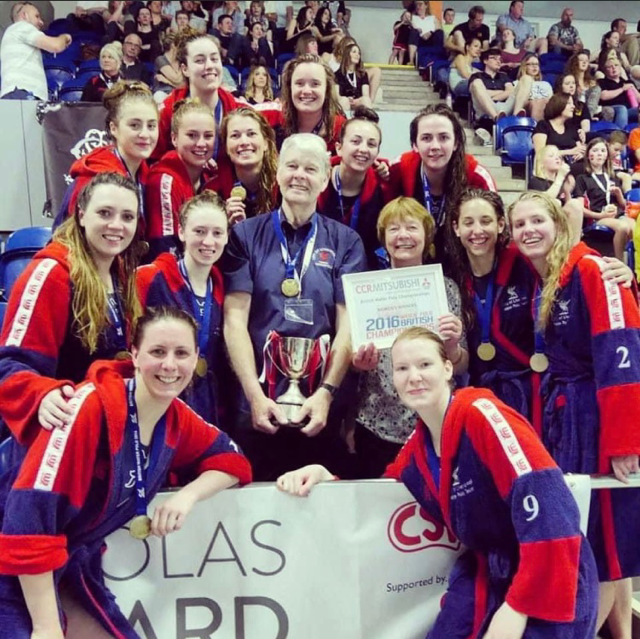 It is with great sadness that we learned of the death of Gordon Dacre in August.

Gordon was a water polo legend in the North West and beyond.  His playing career was with Everton, a club which featured in the top division of the former men’s National League from 1972 to 1986.  He then retired from playing to concentrate on coaching for his beloved Liverpool City Water Polo Club where he developed many fine players including a number of Olympians.  Gordon also coached many young players who went on to compete for the North West in various competitions.  He was President of the British Water Polo League from its launch in 2010 until 2013.  He gave so much to the sport and will be fondly remembered.

We offer our condolences to Gordon’s wife Jean and to the family and all the players who were touched by his life and passion for the sport.

Gordon Dacre with one of his many successful Liverpool teams

August is usually a quiet month when many clubs close down for the summer holidays and thus news is rather sparse.  However, during the summer months we are treated to the ManUp! outdoor water polo festivals and in August the festival took place in the iconic Salford Quays.  Congratulations to Tyldesley Tridents who won the women’s tournament for the first time and Sedgefield Water Polo Cub who retained the trophy in the men’s event

August also sees the end of outdoor water polo training for South London Water Polo Club.  From June to August the club practises at Tooting Bec and Brockwell lidos.  We have been treated to many wonderful pictures of the club training in these wonderful venues and we will be sorry when they return to training indoors.  However, they have left us with some lovely pictures to tide us over until next year.